The Two A Man Called Horses

Nineteen Seventy Two’s MAN FROM DEEP RIVER was heavily influenced by 1970’s A MAN CALLED HORSE. This earlier film was actually based on a 1950 short story by Dorothy M. Johnson. There are some hilarious and/or unfortunate missed-the-point-style differences between the film A MAN CALLED HORSE and the original story. My writing about them right now might seem slightly out of place in a review of MFDR, but the cannibal movie makes a lot more sense within this context of missed points and altered emphases. There’s actually a story to tell in the progression (or regression, but, I swear, not digression) of these misunderstandings.

END_OF_DOCUMENT_TOKEN_TO_BE_REPLACED 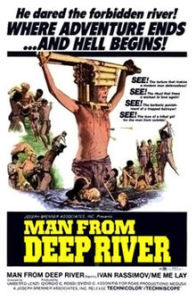